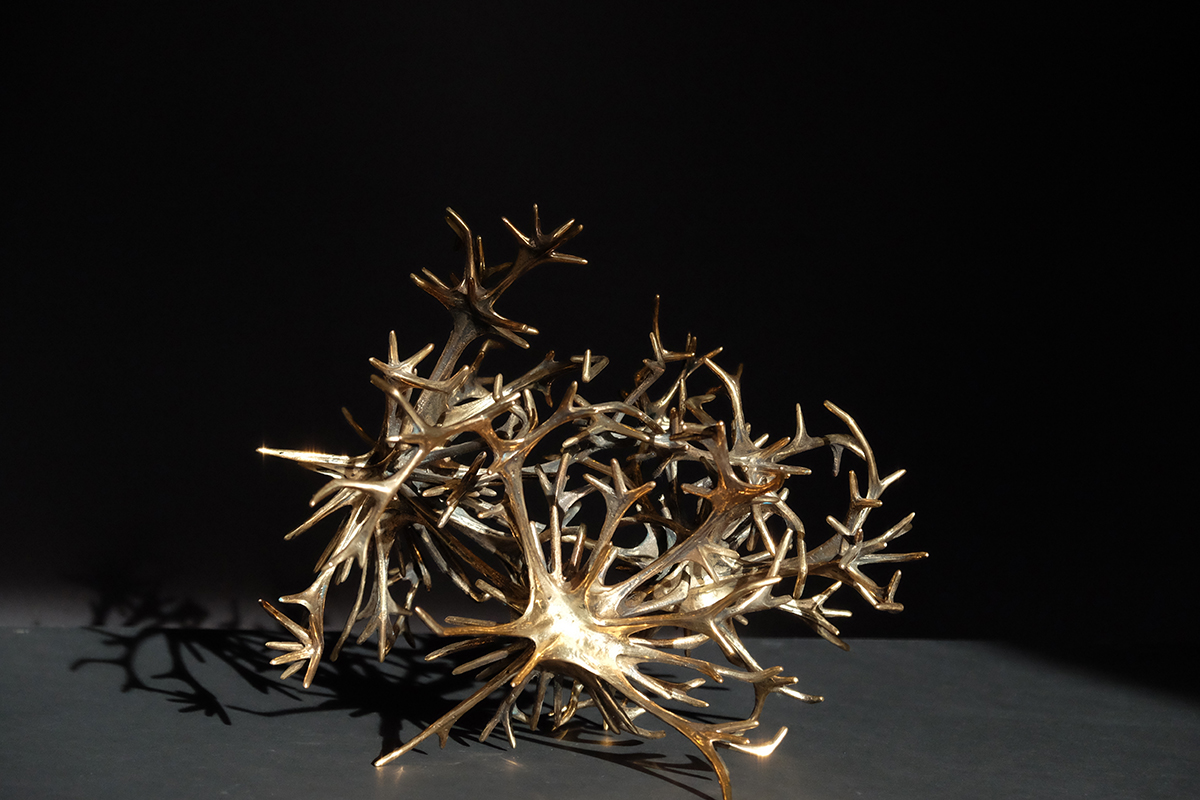 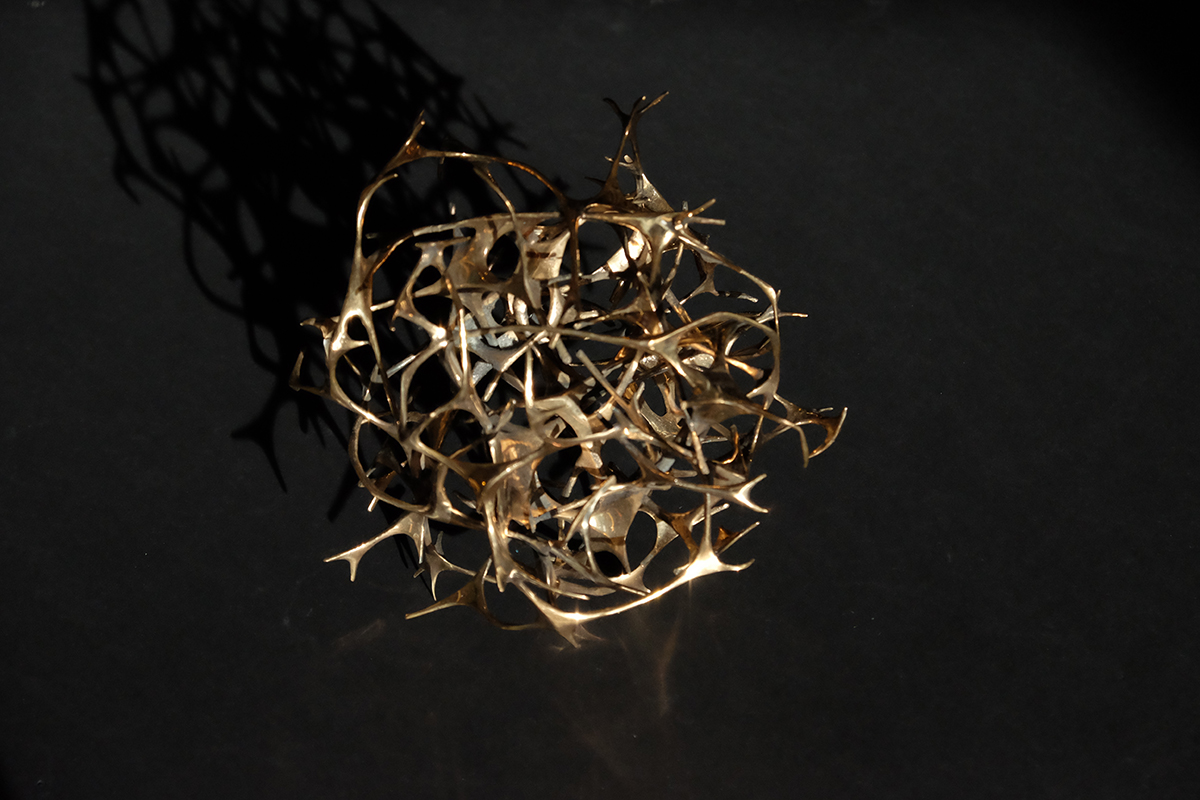 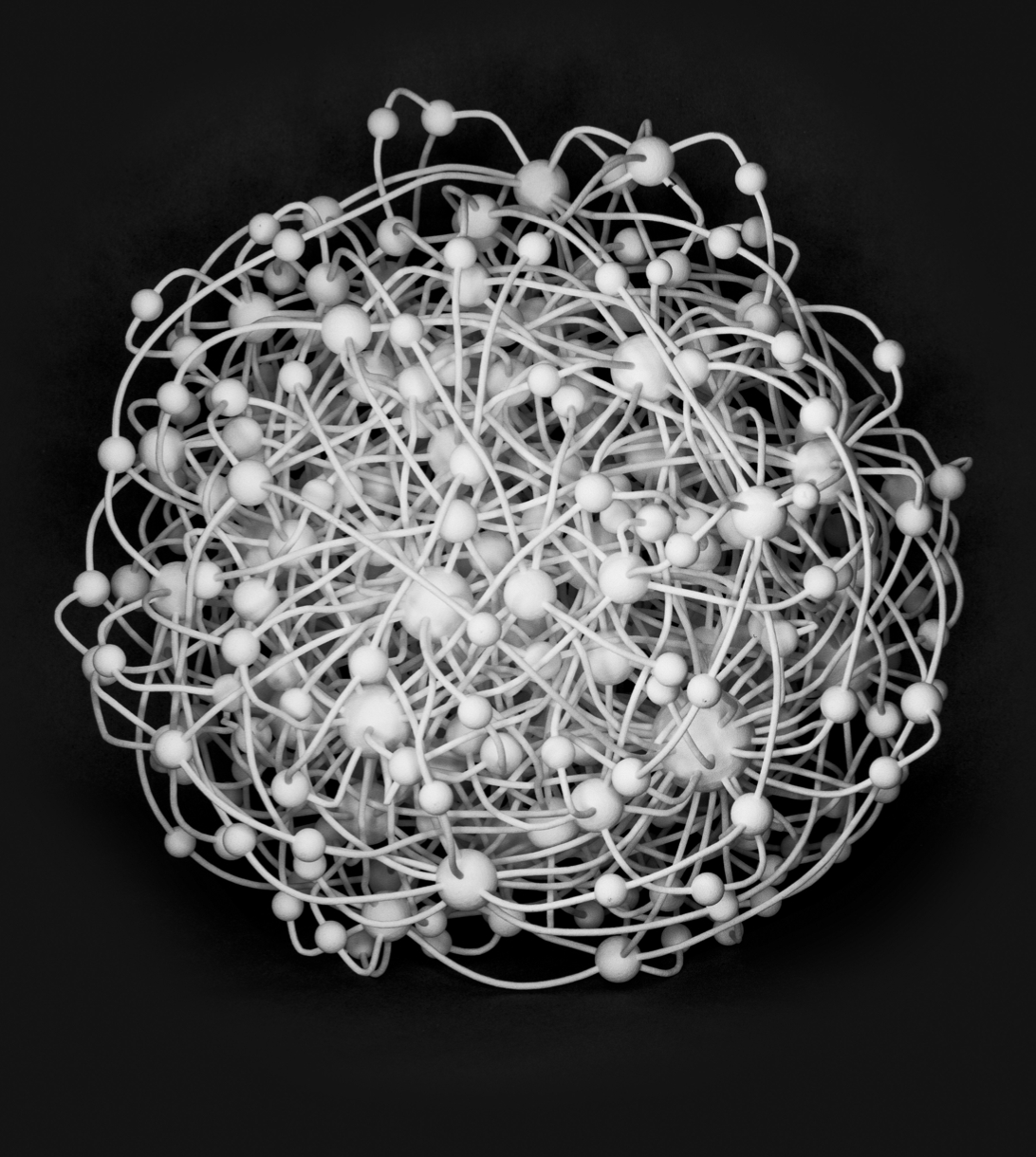 Soon after developing the mathematical tool set for data sculptures, Barabási returned to the project of illustrating the canonical network models, which he had begun in 2000.

With a 3-D printer, and a refined layout by BarabásiLab designer Alice Grishchenko, it was now possible to render the structural differences between the two highly studied networks, known as the Erdõs-Rényi and Barabási-Albert networks, that contrast randomness with the scale-free architecture of real networks. The top images (in white) show the first successful attempt to turn the random and scale-free network models, respectively, into data sculptures. In 2019, after the models had been successfully 3-D printed, Barabási and lab designer Mauro Martino visited the Fonderia Artistica Battaglia in Milan, and had them both cast in bronze, as shown above. Below are details of the original plastic and bronze data sculptures.