The BarabasiLab, also known as The Center for Complex Network Research at Northeastern University, has changed the way the world understands networks. For 25 years, under the leadership of Albert-László Barabási, the Lab has been developing the visual vocabulary of complexity based on the team’s pioneering research into a broad range of topics, from protein interactions to success in the art world. Their 2-D visualizations, 3-D data sculptures, and virtual reality environments have made complex scientific concepts approachable and relatable, offering a window into how the many systems that govern our world actually function. From the first simplistic diagrams to today’s elaborate aesthetic creations, the Lab’s visualization work has evolved into an expressive language that creates a new relationship between art and science.

Albert-László Barabási is a network scientist, fascinated with a wide range of topics, from unveiling the structure of the brain to treating diseases using network medicine, from the emergence of success in art to how does science really works. His work has helped unveil the hidden order behind various complex systems using the quantitative tools of network science, a research field that he pioneered, and lead to the discovery of scale-free networks, helping explain the emergence of many natural, technological and social networks.

Albert-László Barabási spends most of his time in Boston, where is the Robert Gray Dodge Professor of Network Science at Northeastern University, and holds an appointment in the Department of Medicine at Harvard Medical School. But he splits his time with Budapest, where he runs an European Research Council project at Central European University. A Hungarian born native of Transylvania, Romania, he received his Masters in Theoretical Physics at the Eötvös University in Budapest, Hungary and Ph.D. three years later at Boston University. 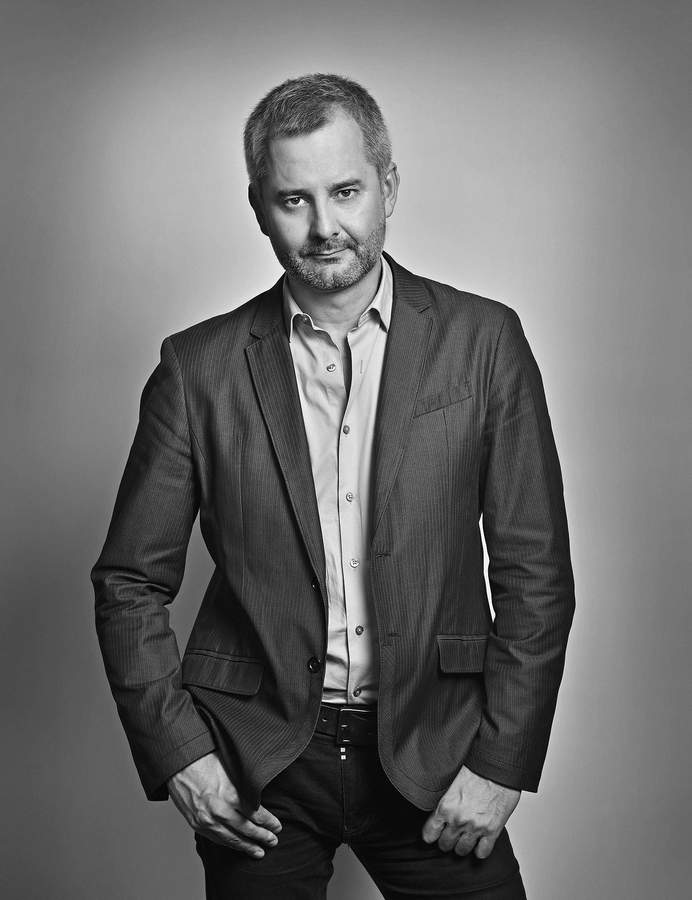 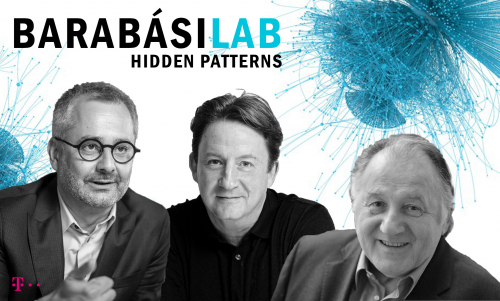 How does science end up in a museum of contemporary art? BARABÁSILAB: Hidden Patterns. The Language of Network Thinking

Networks, Visualizations, and the Breaking of Scientific Boundaries

Diversity can only be understood from the perspective of universality. You’re diverse in comparison to what? Universality is the unavoidable reference frame if you want to talk about diversity.

The I’ll give you an example from physics: hundreds of years ago, people believed there were different gods responsible for tides and waves on the seas, for the movement of the stars, and for why we fall down if we don’t pay attention. Then Newton came along and showed that all these phenomena have a single explanation: gravity. Once that was understood, it was possible to start exploring diversity, capturing the many different ways gravity manifests itself.

Similarly, we cannot truly understand diversity and differences until we first understand what is universal about the human existence and experience. This is not to say there is no value to thinking about diversity—that is what I do every day. But these countless independent choices and actions do add up to something larger than you and me. Which is why we must view diversity in the light of universality.

Was there something you got from your immersion in art that helped to push or catalyze your thinking?

For me, the most inspiring thing about art is the fact that artistic expression lacks boundaries. It is willing to freely experiment with different media and technologies, and it possesses an unrestrained freedom to mix and utilize ideas. As soon as we started to study networks, I began appropriating concepts from the art world—not only to visualize networks, but also to think about them.

The story inside the art world in recent decades has been about breaking down universality, in search of a more diverse, de-centered art discourse. There is much anxiety about universal laws in the humanities. You are arguing that behind the multitude of everyday occurrences, universal laws are alive and well.

Our biological and physical existence depends on networks. Cells are networks of genes and molecules, and life as we know it is a result of interactions between them. Our consciousness is the result of the network of interactions of the billion or so neurons in our brain. We communicate via networks: through telephone, email, and social networks. And our economy is a giant network of buyers and sellers, economic transactions connecting a vast layer of actors.

Can you give me a capsule summary—a kind of elevator pitch—about the core ideas driving network science?

Our biological and physical existence depends on networks. Cells are networks of genes and molecules, and life as we know it is a result of interactions between them. Our consciousness is the result of the network of interactions of the billion or so neurons in our brain. We communicate via networks: through telephone, email, and social networks. And our economy is a giant network of buyers and sellers, economic transactions connecting a vast layer of actors.

The twenty-first century is the century of networks. To be sure, some of these networks were in existence for over a billion years. Many, however, came about in the twentieth- and twenty-first centuries. And it was only in this century that we have truly come to understand the fundamental importance of connectedness—the way in which networks shape our lives. The science of networks has emerged as a response to this understanding.

The Data Visualization Research Specialist must possess a unique ability to represent visually complex network data prepared by an interdisciplinary group of physicists, biologists, and computer scientists using various forms of visual design and software development programs. Must be able to use creativity and professional judgment in order to resolve design and technical challenges. Must be adaptable to a constantly evolving collaborative and interdisciplinary workflow. 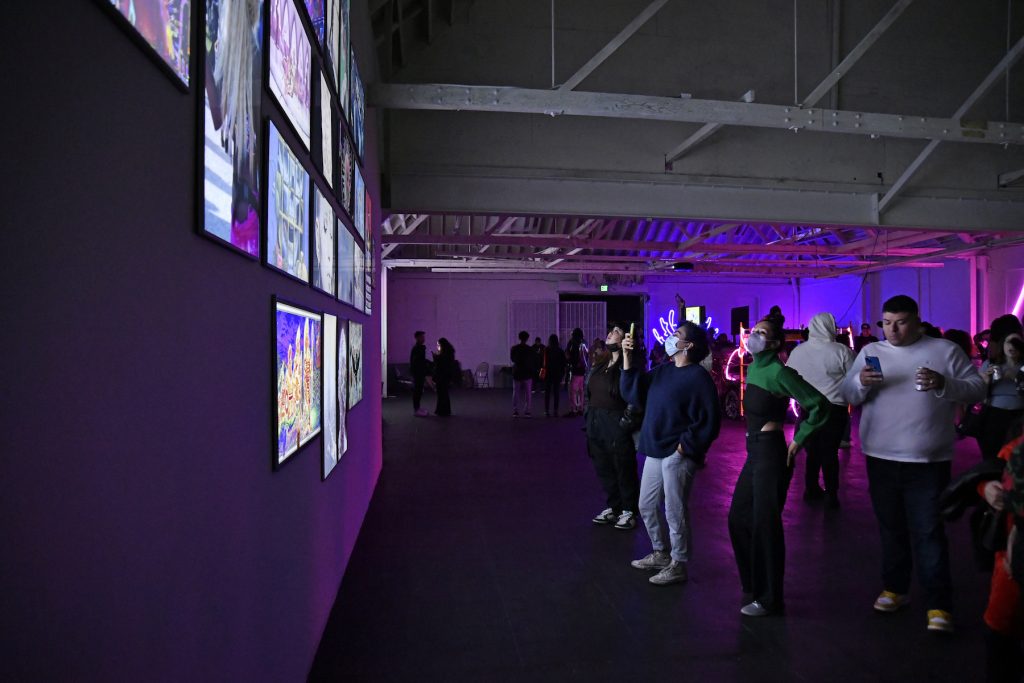 Artnet News: Want to Succeed as an NFT Artist?

What is the blueprint for market success? A new study of Foundation finds some hints in the data. 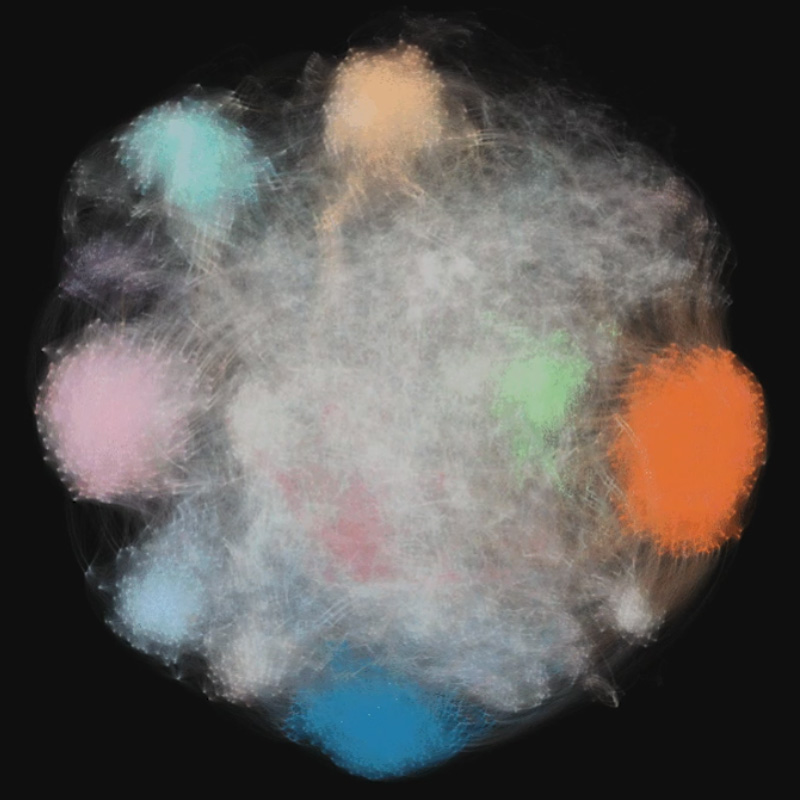 The Art Market Often Works in Secret. Here’s a Look Inside.