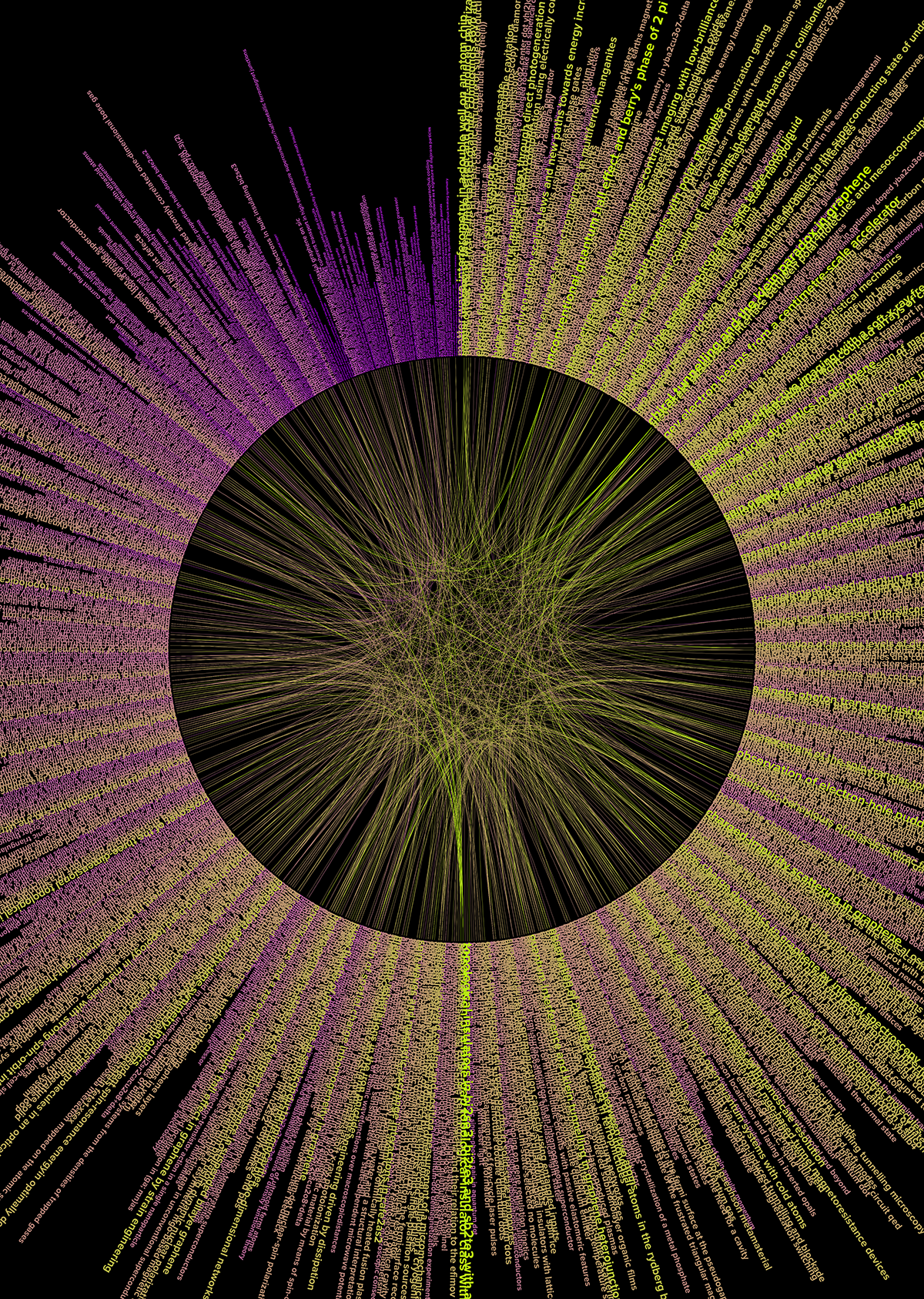 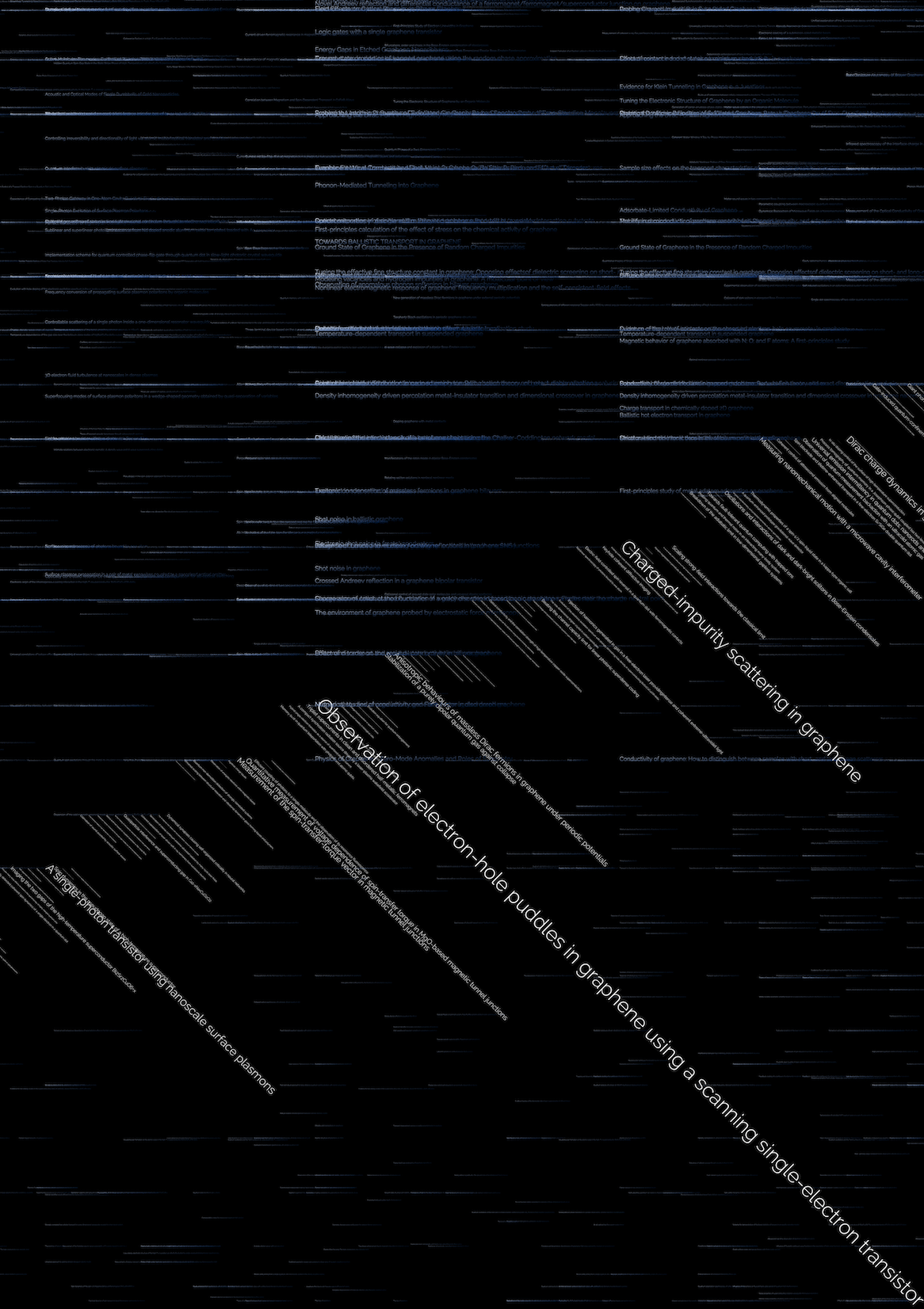 Starting in 2012, the lab turned its research focus on the science of science, using big data to explore how impact emerges in science. For the ten-year anniversary of Nature Physics, the most prestigious physics journal, the team used publication data going back to 1900 to explore the history of physics.

As part of this project, the BarabásiLab generated an image representing all the papers published by the magazine in the previous decade. The information was organized clockwise based on the publication date. In the visualization, font size, color, and distance from the center signifies the impact of each paper, with the large green titles corresponding to the most influential scientific discoveries. The background and the center show the citation network that connects these papers. The image simultaneously captures the temporal evolution of the journal, and the exceptional diversity of impact their individual published papers have had.