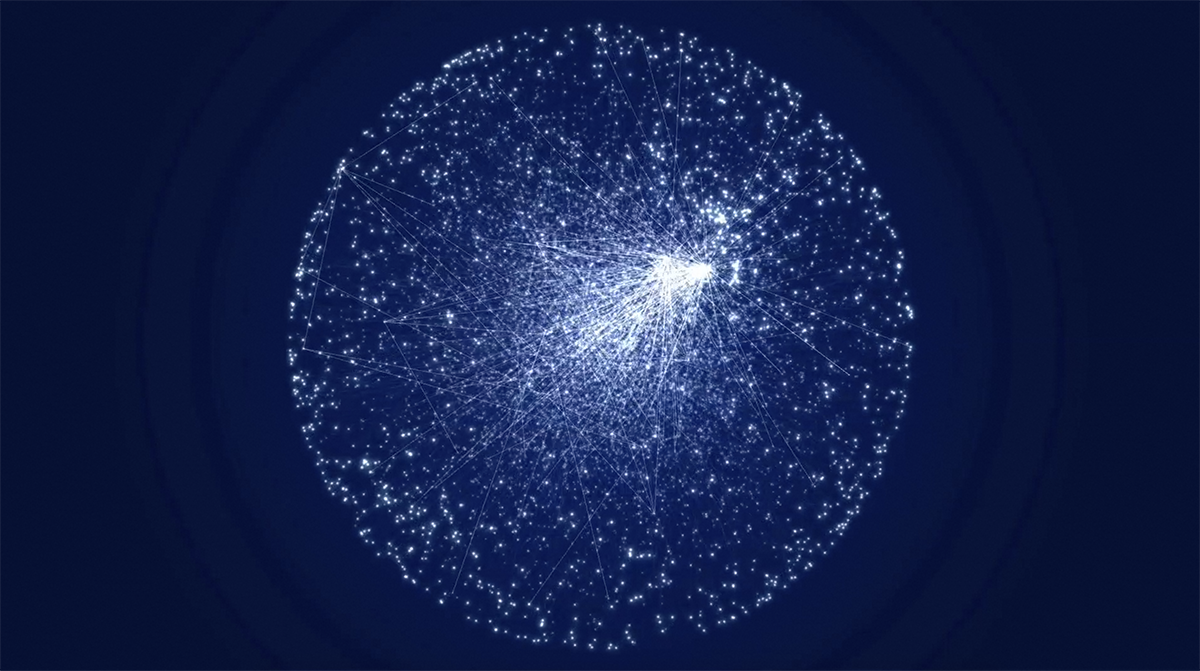 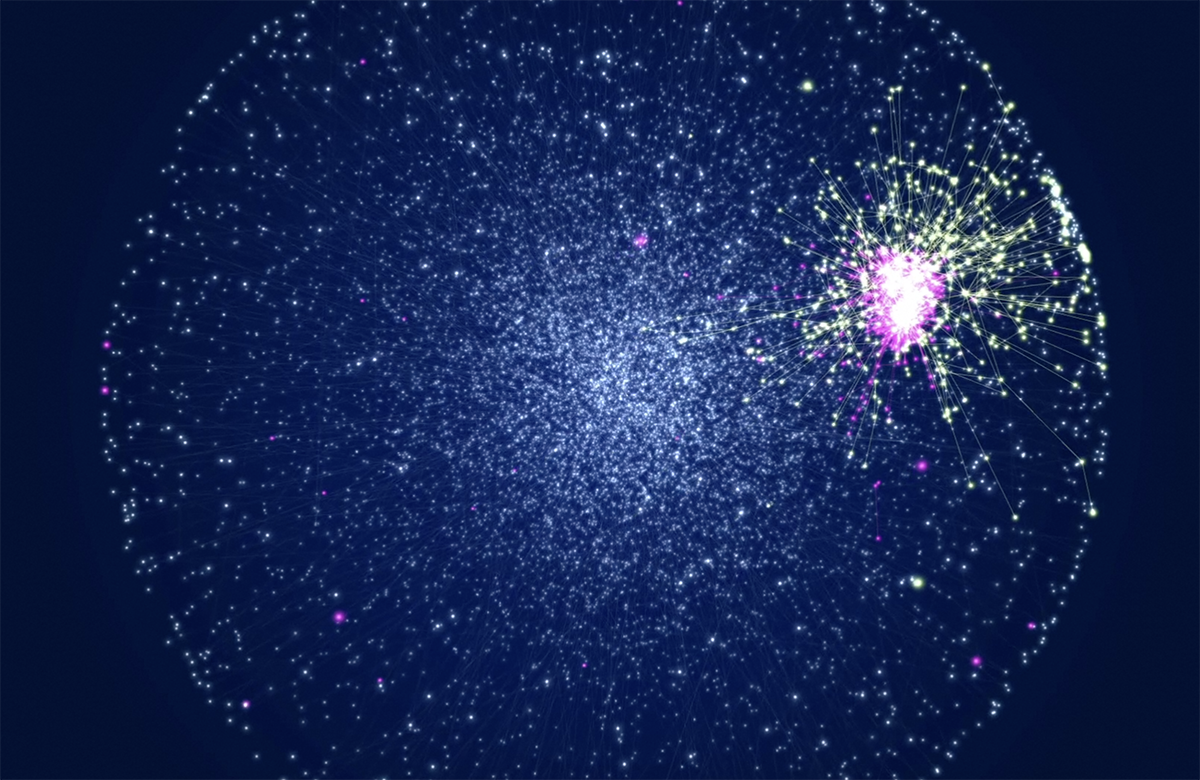 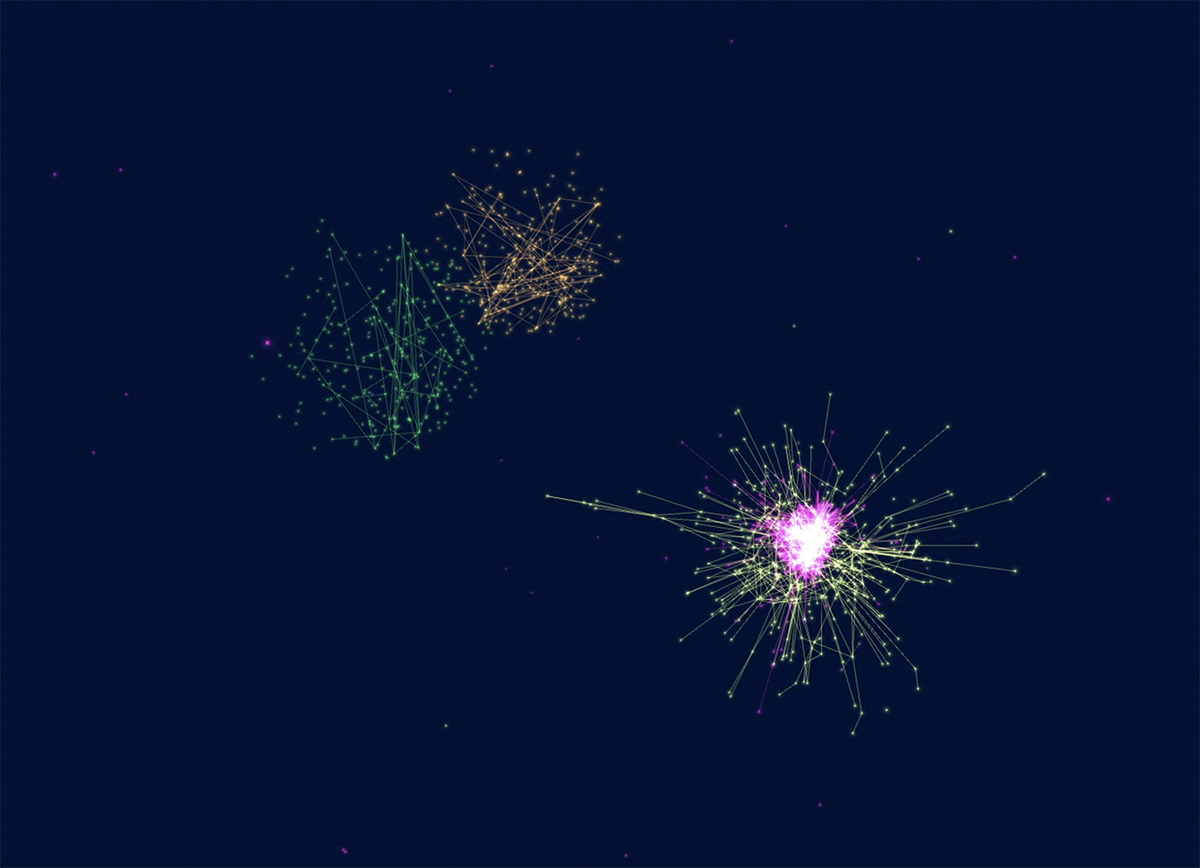 In 2014, Barabási was invited to speak at TEDMED about network medicine, an emerging subfield at the interface of medicine and network science. He asked Mauro Martino, the first full-time designer in the BarabásiLab, to help develop a visual narrative for the talk. Martino produced videos to show the human interactome, a network of 13,000 human proteins connected by 141,000 protein interactions. But visualizing such an exceptional number of nodes and links was not possible in a single map. The videos display only a small fraction of all links at any time, their occasional flickerings merely hinting at the many, largely invisible links.

Image 1 – The images showing dark-blue spectral fields with a light-color core are stills from the TEDMED videos, while the dark-core image was rendered in 2016 as a candidate for the cover of Network Medicine, a book co-edited by Barabási and published by Harvard University Press.
Image 2 – By highlighting the genes involved in asthma, indicated by the purple cluster, and COPD, shown in yellow, this image illustrates how the proteins linked to the same disease cluster in the same vicinity of the network. This image also traces the slightly different perspectives of the asthma disease module within the interactome.
Image 3 – The variations are hard to spot, as are the imperceptibly minute molecular differences between asthma patients. At the molecular level, each patient has her own unique manifestation of the disease. Yet, all have the same painful experience—they can’t breathe. In the still image there’s a feeling of suspended animation that lends the maps an appropriately asthmatic undertone. It reminds us that breath itself is stuck in the web of the disease.