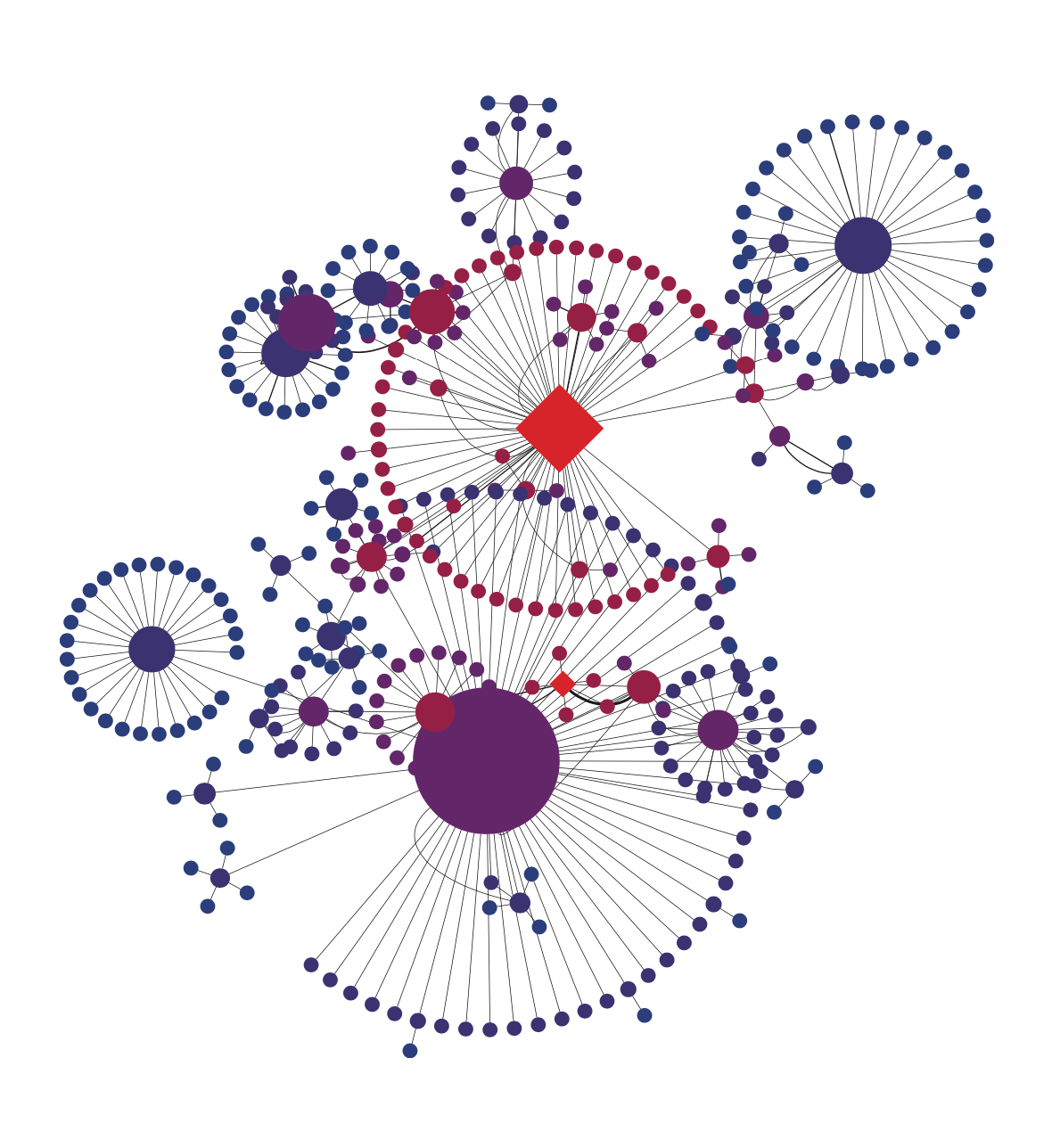 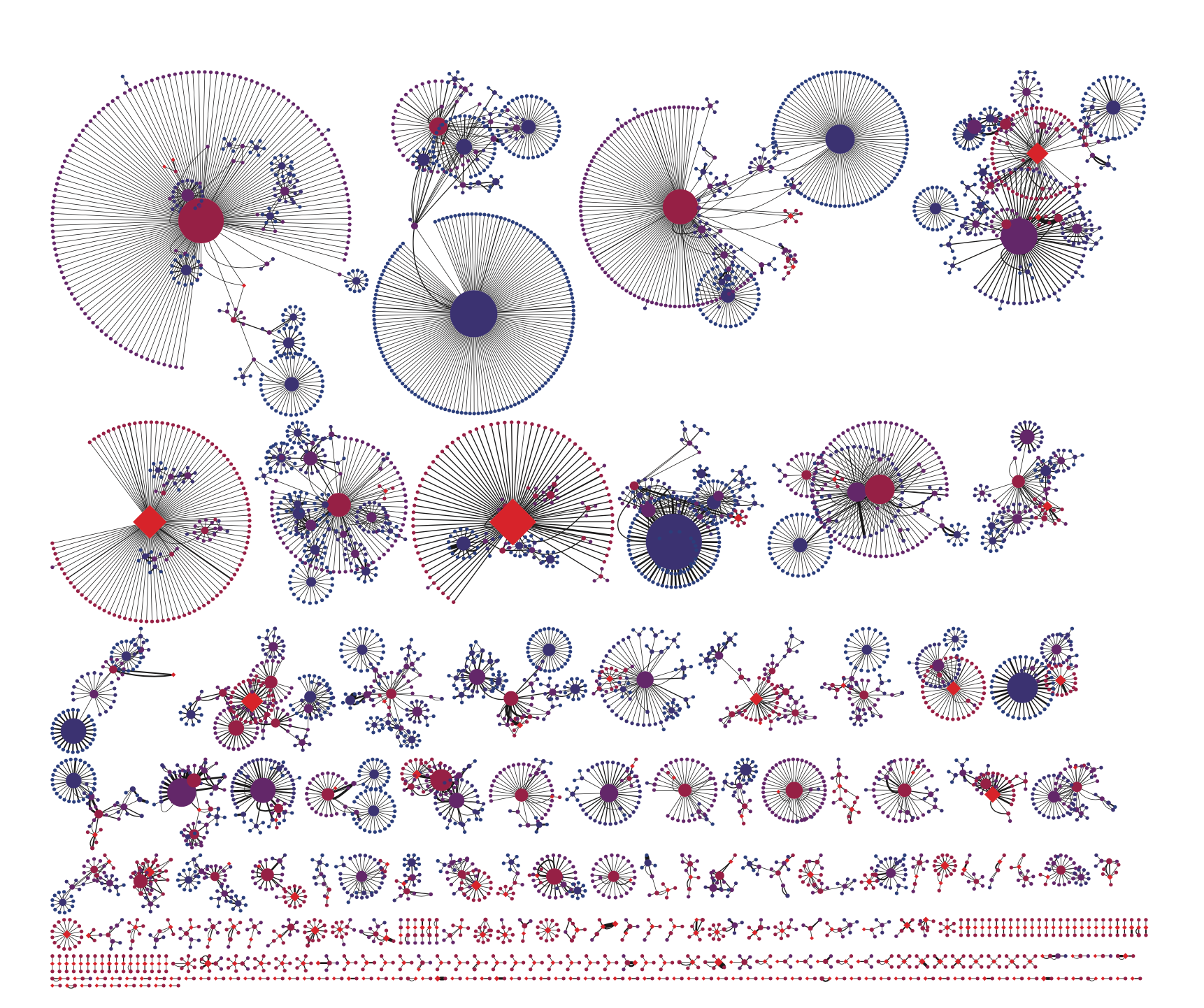 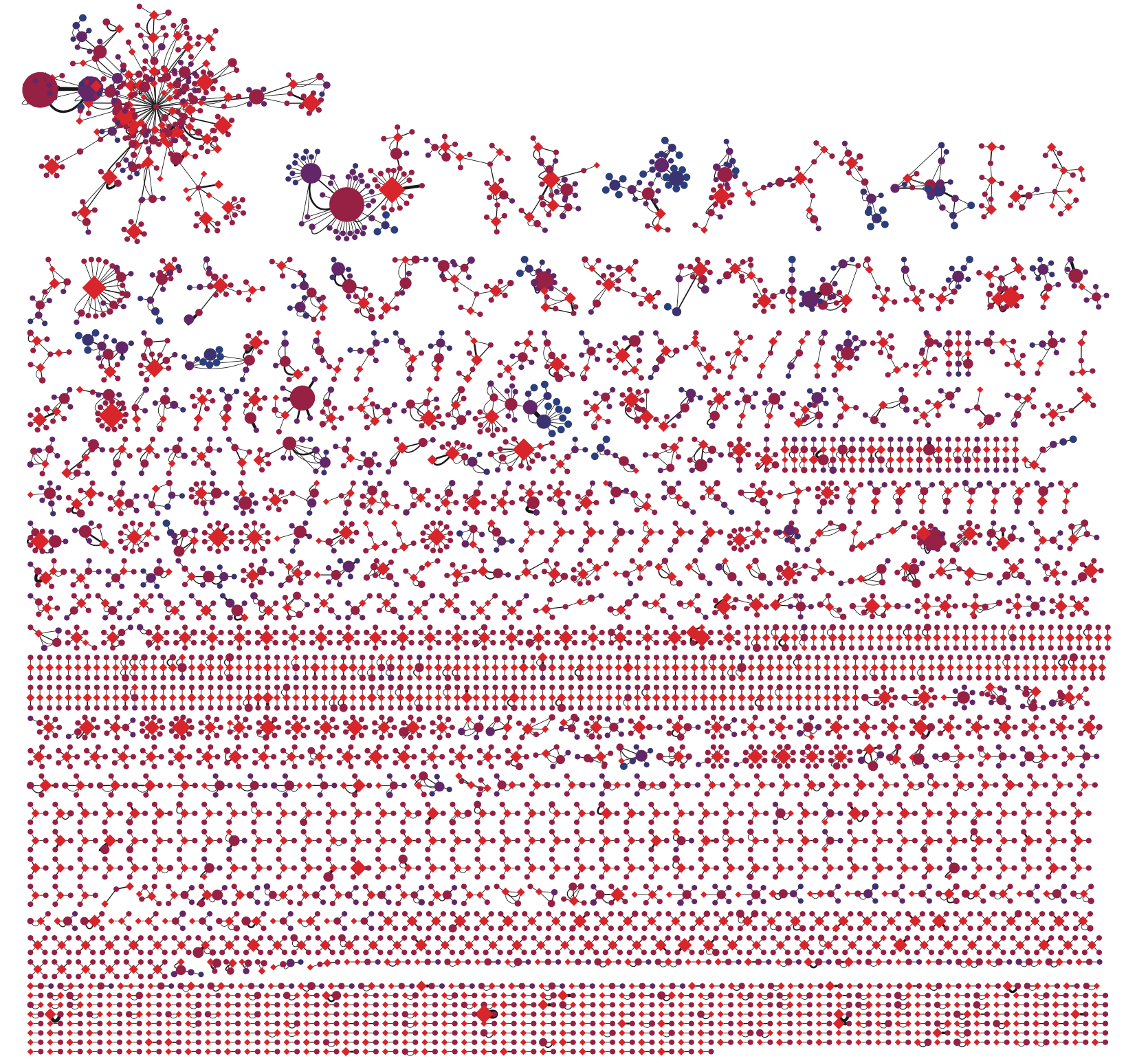 Mobile phones increasingly act as personal broadcasting devices in a crisis. They enable individuals to raise awareness of unfolding events through their personal networks and social media. Between January 2007 and January 2009, the BarabásiLab used mobile phone data to detect human reactions to a whole slew of life-threatening events, from bomb explosions to riots. The team began by scanning media reports to identify social, technological, and natural emergencies. The next step was combing through national mobile-phone records to identify the individuals who experienced these events and analyze their reactions, in the form of whom those individuals called and when they made calls. This form of contact tracing presaged by a decade the tools authorities have been using to track potential infections during Covid-19.

The links of the networks capture calls that the witnesses, shown as red squares, made immediately following the event and the subsequent calls their acquaintances, shown as circles, made upon hearing the news. Colors capture time—the increasingly blue nodes represent individuals to whom the news arrives later as they are at the end of the chain of calls. These visualizations describe how the sensitive fabric of the social network springs into action in the face of an emergency through a series of events that flare up like independent forest fires. They also show that while most news will dead-end in small pockets of the social network, a very few witnesses will create global awareness by triggering the engagement of hundreds of individuals.