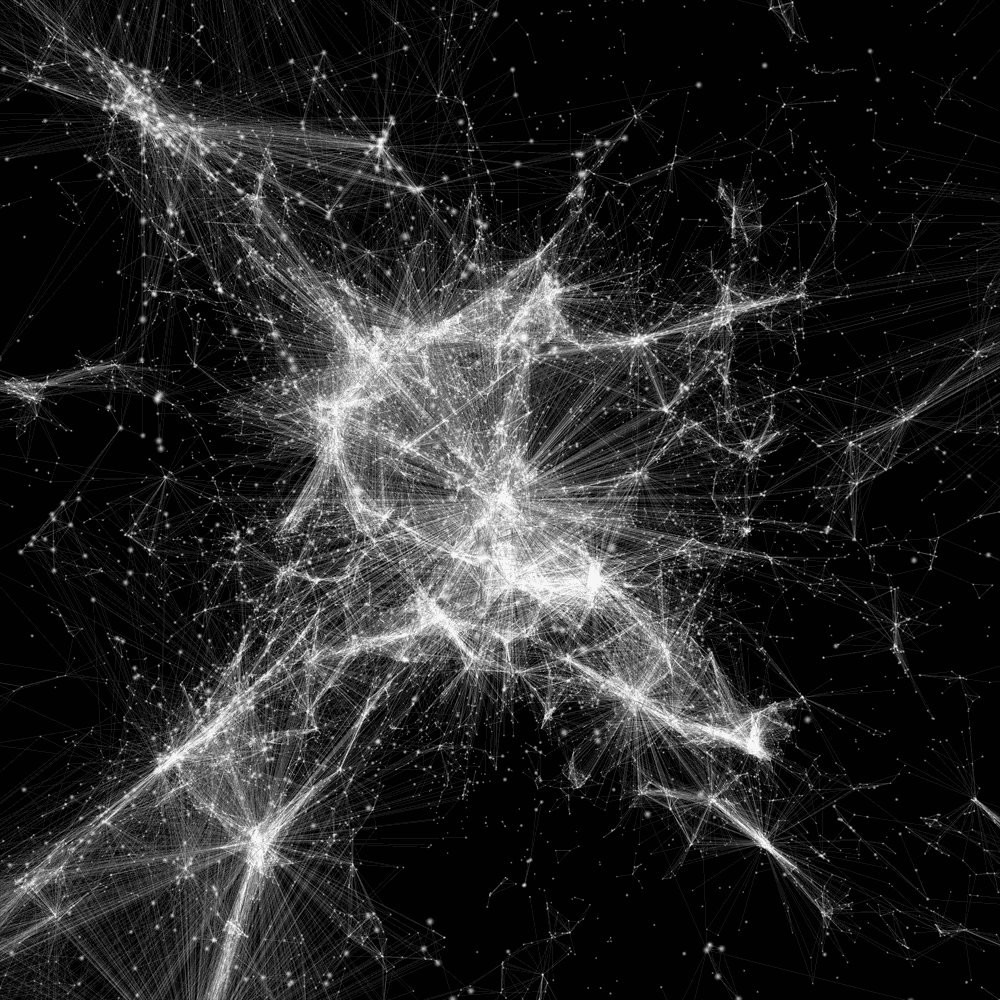 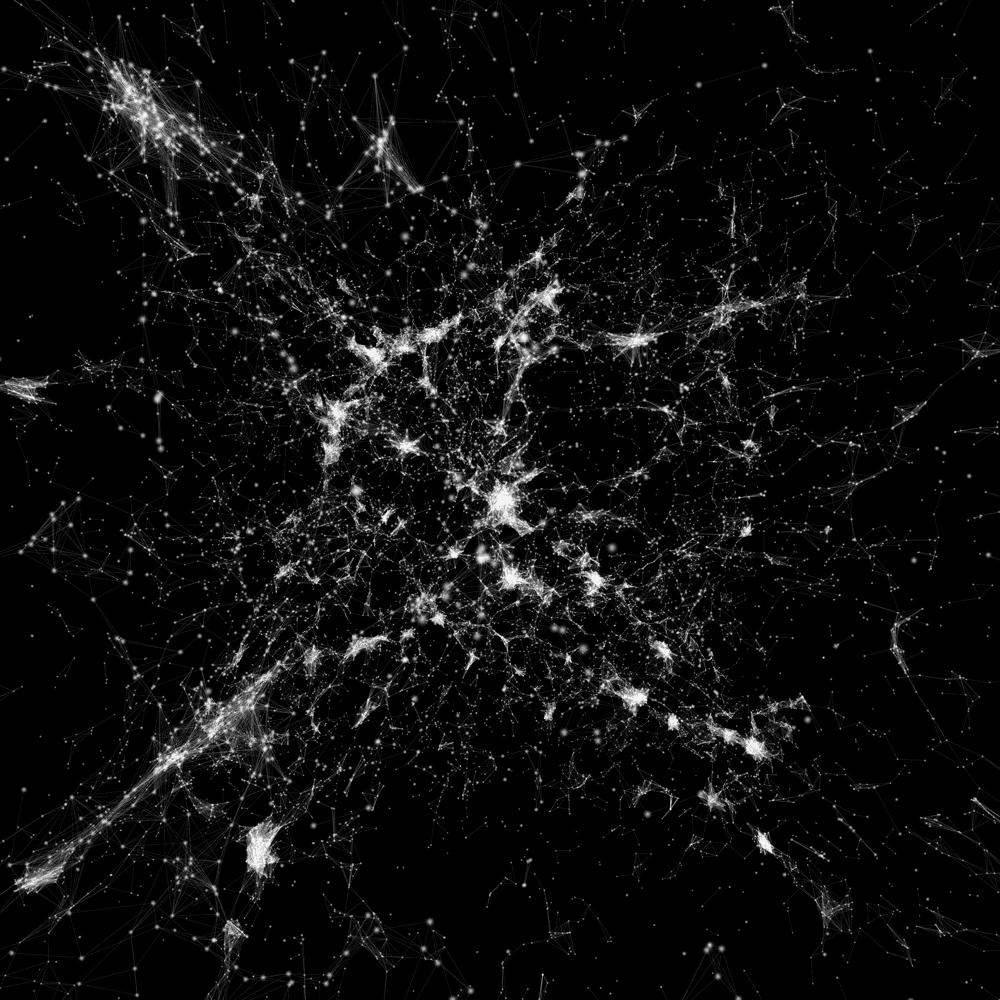 The cosmic web—the idea that the universe is a largely invisible web of galaxies held together by gravity—is deeply ingrained in cosmology. Yet our ability to see this web is hindered by a fundamental limitation: thanks to gravity, everything attracts everything else. With The Cosmic Web project, the BarabásiLab aimed to deepen our perspective on the origins of the cosmic web, bringing alive this hard-to-fathom network behind the universe.

To construct its map, the team used data on 24,000 galaxies, provided by a cosmological simulation that traces the evolution of all galaxies since the Big Bang. It then tested multiple types of links to connect individual galaxies, capturing dependencies grounded in physics and cosmology. Kim Albrecht, the lab’s designer at the time, was embedded in a team of network scientists and cosmologists to generate a series of images and videos that bring alive the cosmic web’s structure. While grasping the enormity of the universe remains a challenging undertaking, the BarabásiLab’s visualizations of it gesture at the overwhelming intricacy of this network, tracing the relationships between galaxies in almost microscopic detail.