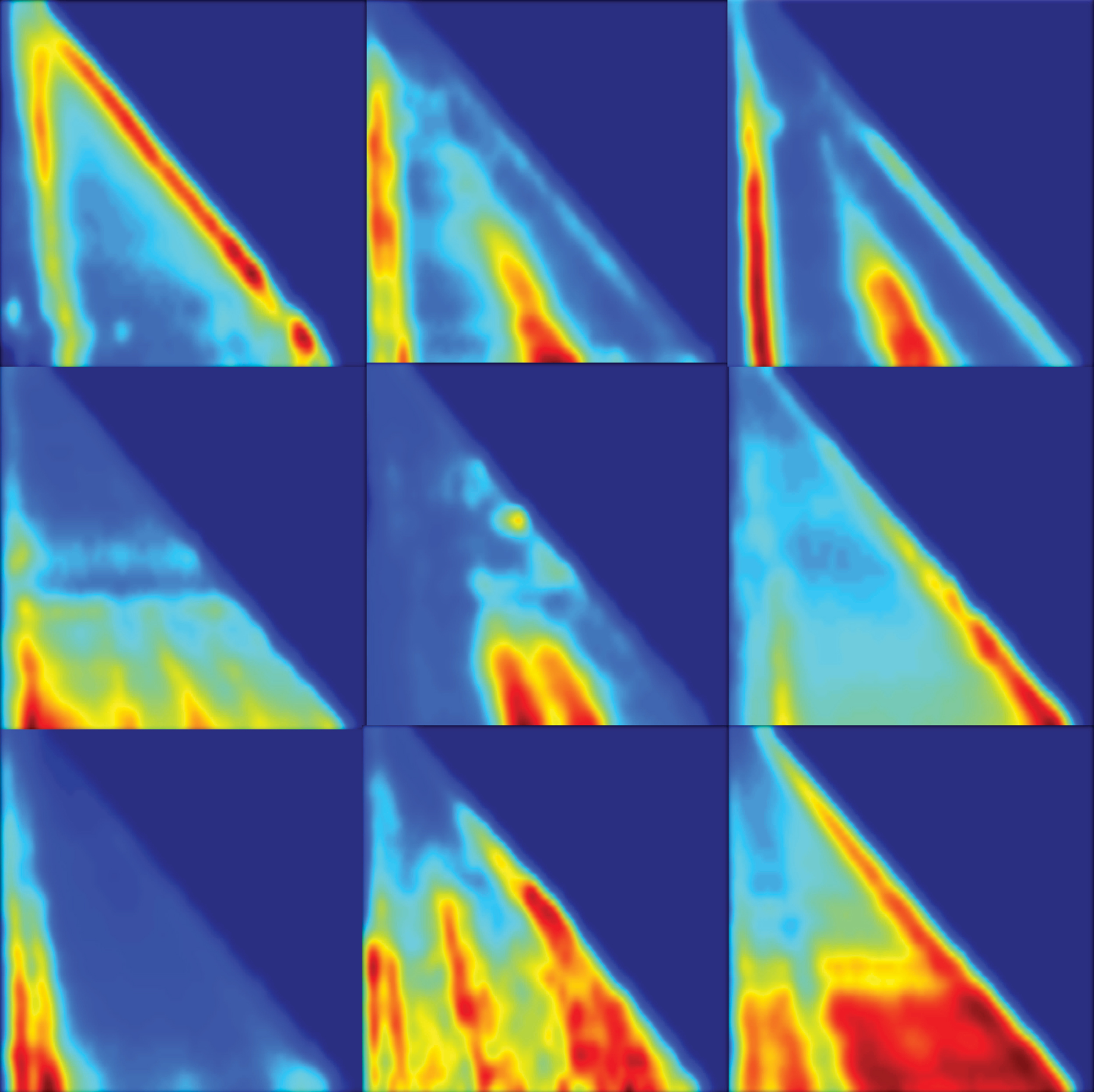 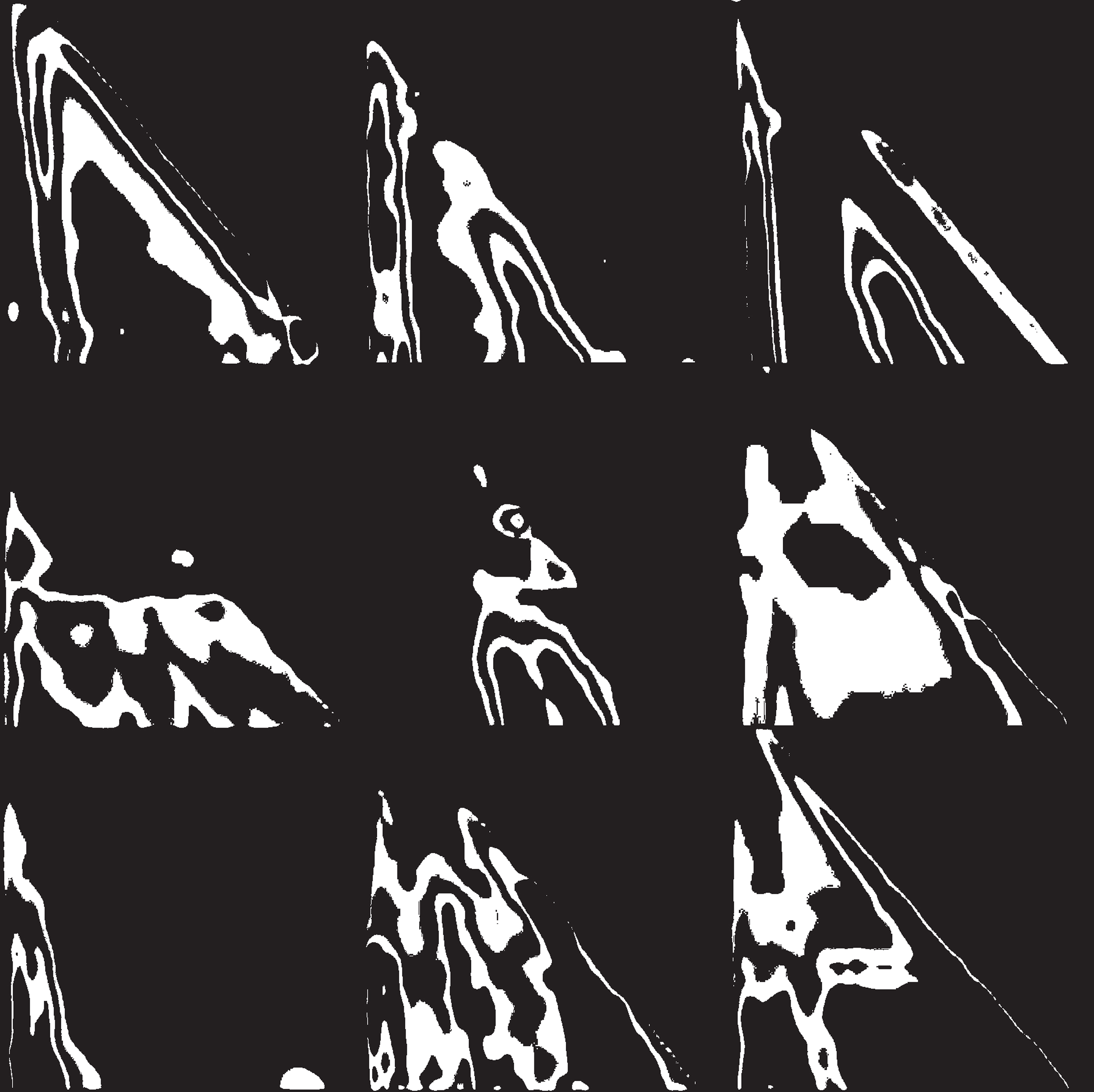 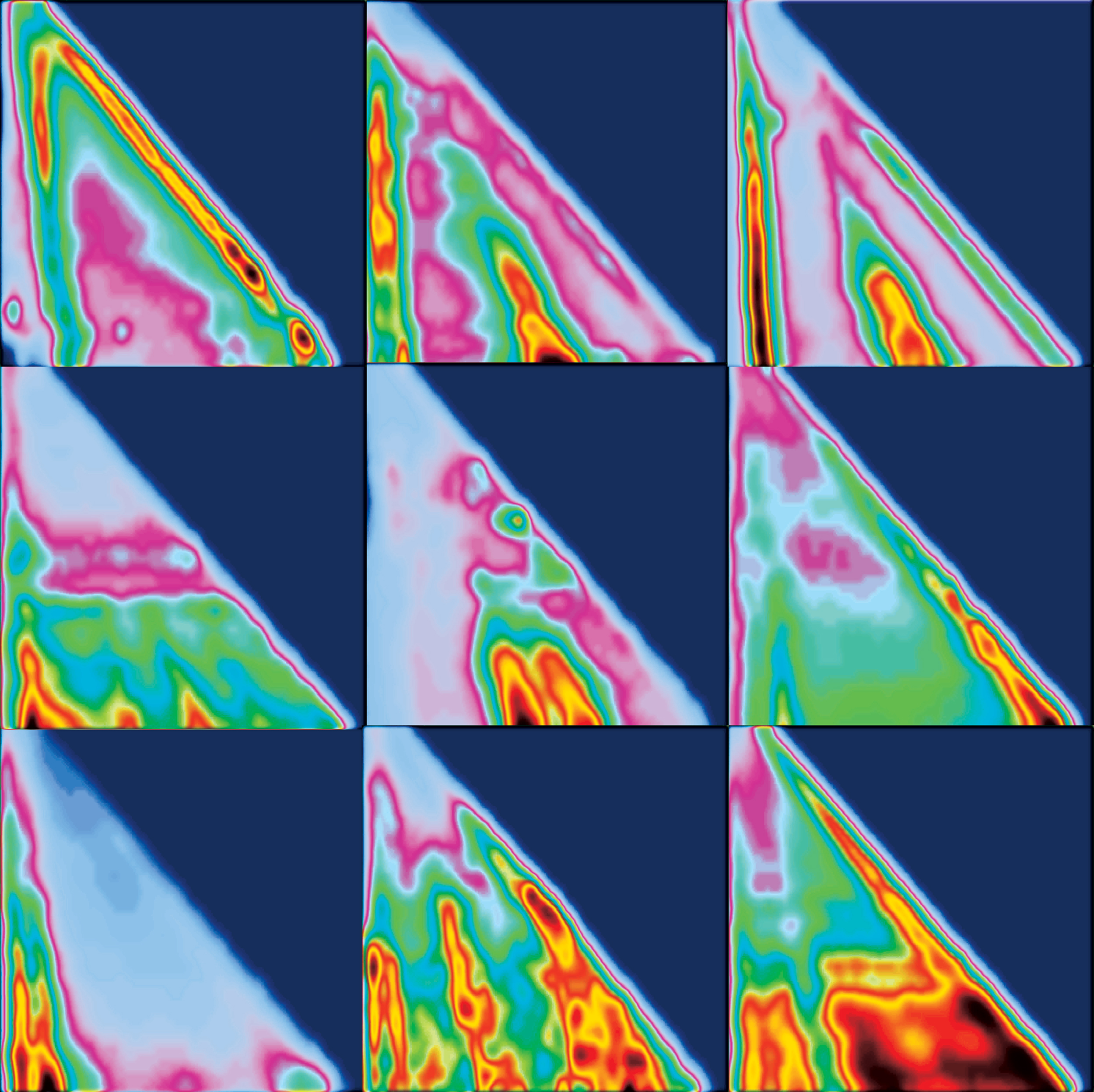 While on sabbatical at Harvard Medical School’s Dana Farber Cancer Institute in 2005–06, Barabási joined an experimental project that was looking at how a small group of genes could control a much larger one. Specifically, the research focused on how 900 genes in the roundworm could turn on and off the creature’s remaining 20,000 genes, thereby determining the purpose of each cell.

The experiments resulted in a massive data set about when in the worm’s life span and where in its body certain genes are activated. This spatiotemporal information called for a visual representation that would elucidate the data’s underlying patterns. The resulting visualizations, which the team called “chronograms” because they represent the chronology of when genes get turned on, use various visual techniques to combine and parse this data. The images, which were generated in different colorways as candidates for the cover of Nature Biotechnology, the journal in which the research was published, distill genetic activity in a worm’s development, from early larvae to the adult worm. By capturing the full life history of a living organism, these visualizations illuminate the dynamics of the genes that enable it. Each chronogram represents data from the thousands of worms. The short lines at the top correspond to the young animals, and longer lines at the bottom track older worms. The vertical axis is developmental time, or the age of the worms, and the horizontal axis is space along the body of the animal. The colors, which capture the expression of one single set of genes, indicate gene activity. This color code allows us to see when during development (i.e. in young animals on the top, or the older ones at the bottom) and where (in the head of the animal, to the left, or their tail to the right) the gene is turned on.